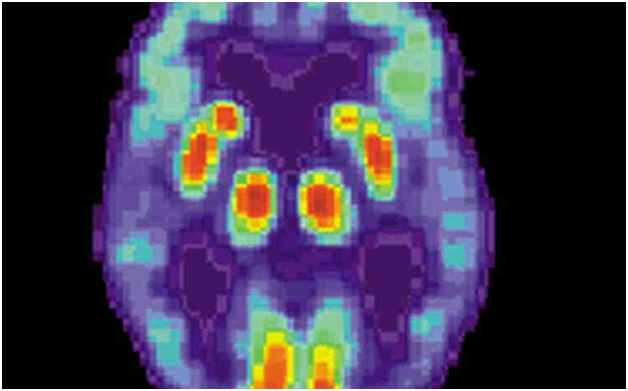 A new study by Florida State University researchers may help answer some of the most perplexing questions surrounding Alzheimer's disease, an incurable and progressive illness affecting millions of families around the globe.

FSU Assistant Professor of Psychology Aaron Wilber and graduate student Sarah Danielle Benthem showed that the way two parts of the brain interact during sleep may explain symptoms experienced by Alzheimer's patients, a finding that opens up new doors in dementia research. It is believed that these interactions during sleep allow memories to form and thus failure of this normal system in the brain of a person with Alzheimer's disease may explain why memory is impaired.

The study, a collaboration among the FSU Program in Neuroscience, the University of California, Irvine, and the University of Lethbridge in Alberta, Canada, was published online in the journal Current Biology and will appear in the publication's July 6 issue.

"This research is important because it looks at possible mechanisms underlying the decline of memory in Alzheimer's disease and understanding how it causes memory decline could help identify treatments," Benthem said.

Wilber and Benthem's study, based on measuring brain waves in mouse models of the disease, gave researchers a number of new insights into Alzheimer's including how the way that two parts of the brain—the parietal cortex and the hippocampus—interact during sleep may contribute to symptoms experienced by Alzheimer's patients, such as impaired memory and cognition, and getting lost in new surroundings.

The team had examined a phenomenon known as memory replay—the playing back of activity patterns from waking experience in subsequent sleep periods—in a mouse model of Alzheimer's disease as a potential cause of impaired spatial learning and memory.

During these memory replay periods, they found that the mice modeling aspects of Alzheimer's Disease in humans had impaired functional interactions between the hippocampus and the parietal cortex.

The hippocampal formation is crucial for the storage of "episodic" memories—a type of long-term memory of a past experience—and is thought to be important for assisting other parts of the brain in extracting generalized knowledge from these personal experiences.

"Surprisingly, a better predictor of performance and the first impairment to emerge was not 'memory replay' per se, but was instead the relative strength of the post-learning coupling between two brain regions known to be important for learning and memory: the hippocampus and the parietal cortex," Wilber said.

According to the Alzheimer's Association, more than 47 million people worldwide are living with the disease , a number projected to soar to 76 million over the next decade. It is currently the sixth-leading cause of death in the U.S., affecting one out of every 10 people ages 65 and older.

Visit us at Village Green Assisted Living & Memory Care home and discover more about us. Schedule a visit.

The Progression of Alzheimer's Disease

Alzheimer’s disease (AD) is a slowly progressing, irreversible neurodegenerative brain disease with a long preclinical phase (up to 20 years) and an average clinical duration of 8 to 10 years. The progression of AD is accompanied by changes to the brain that serve as biomarkers of the disease.

During this stage, clinicians may be able to detect very early features of Alzheimer’s disease compared to other causes of memory loss or other forms of cognitive impairment. These features can be detected using validated tools such as Mini-Cog, General Practitioner Assessment of Cognition (GPCOG), Memory Impairment Screen (MIS), and Montreal Cognitive Assessment (MoCA).7-9

The rate of cognitive decline increases sharply in the years before dementia. Since MCI is the earliest stage of Alzheimer’s disease with observable symptoms, this leaves limited time between diagnosis and dementia—with estimates ranging from 2 to 6 years.1,5,6.
Patients with MCI due to AD have been shown to convert to AD dementia at an annual rate of 31%.

Thinking Of Transferring Your Loved One To A Memory Care Facility?

When you’ve decided that the right choice for your loved one is to transition to a memory care facility, there are some steps you can take to make it easier and less stressful for all those involved.

1. Do your research. Talk to your loved ones first to understand their needs. Before choosing a memory care facility, research facilities and their amenities to know whether it is the right choice for your loved one. Know the community policies and procedures, the security available, and the features and treatments available. When you do choose a facility, make frequent visits there, bringing your loved one along if possible, before the move. This will help your loved one get familiar with the setting and the staff.

3. Keep it familiar. To help ease your loved ones into their new living arrangements, bring items from home that are meaningful and familiar. Try to arrange the room to be similar to the way the bedroom back home was. Keeping familiar belongings close by can help aid in the feeling of comfort and security.

At Village Green Alzheimer's care home we help you during the process. Schedule a visit and meet our team.

Most suitable memory care options for seniors with low-income

Alzheimer’s & other forms of dementia need to be dealt with utmost care and concern. With the remarkable increase in the number of Alzheimer’s cases, huge numbers of memory care communities are being built to support the complex care requirements. This is useful when taking care of a senior is no longer an option under residential care. Memory care service is a long-term committed care facility observed inside a secured property & having a support staff specialized in dealing with people suffering from different forms of dementia. The activities and programs in such facilities are customized according to the distinguished needs of the residents. These programs have been flexibly designed to cope up with the progressive nature of the disease.

Under the memory care facility, seniors with mild to moderate loss of memory have been taken care of in an apartment kind of set-up. Here, maximum health support & skilled nursing staff is available to assist with the daily chores. These facilities may include some engaging meal programs for active participation from the residents. These set-ups support the residents dealing with memory loss to maintain a certain level of independence along with a secured facility, which is safe & warm like their home. These memory care units help those who are living in with additional assistance for routine tasks & also ensure safety measures for those who are prone to wandering. The residents housed in such facilities also support for medication management along with medication administration.

A superior skilled memory care unit is ideal for seniors dealing with mid to late-stage memory loss challenges. These care units are popularly known as nursing homes. These nursing homes offer greater assistance with better safety measures. Here the residents may share a private room & have access to communal spots such as activity area, dining room and a lounge room. Here the residents are accessible to the nursing home staff along with authorized visitors only.

For those who can continue living in their own homes alone or alongside help on a full-time or part-time basis, home care facilities may be an alternative. Here, the hiring of personal care assistance through an agency may prove to be a costly affair. However, the cost will certainly be lesser than residential memory care.
There are other programs available which may reduce the financial strain on the caregiver. For example, caregiver homes provide a special in-house care-giving facility, which helps the family caregivers for routine activities.

Advantages of Memory Care for seniors with Low Income

It is indeed more appropriate to have the right kind of specialized care for you or your loved one during the fight against dementia & such illnesses. This offers great peace of mind because the loved ones are in a safe & warm environment. These aided living set-ups also provide an alternative for you as well as your loved one to manage a certain level of independence alongside the progressing memory impairment. These facilities ensure a perfect set-up to offer comfort to your loved ones until their last days.
Memory care facilities are indeed a boon for the loved ones as well as the caregivers. They offer the much-needed alternative for the secured & warm residential care environment of the home. Under various circumstances, it is not possible to keep seniors with low income under residential care. Here, the above-suggested memory care alternatives may be of some help. These care facilities will provide a great solution for the illness when finances are constrained.

Schedule an appointment with us to learn more.

How to keep your loved ones with Alzheimer’s comfortable at home?

Home safety for dementia patients; Those who take the responsibility to look after their loved ones suffering from Alzheimer’s can find it to be draining task. However, caregivers can simplify this process by doing some minor changes in the furniture, fixtures & the atmosphere around them. Such basic adjustments can accentuate caregivers’ stamina to overcome their limitations. These changes & alterations can help the patients to feel more relaxed, comfortable & confident.

Given below are some of the suggested changes & adjustments that will make an Alzheimer senior feel more comfortable:

The caregiver needs to understand that even simple & routine household items such as dish soap, shampoo & laundry detergent can be deadly if consumed. Your loved ones with Alzheimer’s have already lost their ability to protect themselves. Here, it is likely to happen that unattended access to these things can be harmful. Hence, the caregiver needs to look around cautiously for all such objects & make the surroundings safer for the patient.

Every caregiver feels exhausted & discouraged at some or another point in time. In such a situation, alterations in the home environment using these tricks will make things relatively smooth & safe for the patients. These tricks can prove to be a great help in keeping the home atmosphere positive & safe. It will help caregivers & patients to improve their quality of life & reduce stress. Also, the patients will feel much more relaxed, sorted & positive.